Too many Men killed and Cops off the hook

THE PENALTY FOR INVOLUNTARY MANSLAUGHTER IS 2-3 or 4 years (and they didn't acknowledge the fact they can charge him for using a gun)
I feel a little that I got burned out after giving my all in the
original protests over a year ago, I am not able to be at the Oakland gatherings. Speaking with friends everybody i know is filled with emotion. Very big lesson learned because I plan to sustain my artivist. It does feel like a big ass slap in the face, because not only to the family of Oscar Grant but the whole Oakland community and all people who have been effected by this kind of Police Injustice.
Watching everyone come together and speak out again as we all did in the few weeks right after the murder. Since then I have seen hella people nationally speak out against this Murder. I came to a place where everyone has a role, instead of feeling negative that not everyone could protest and show support in those first gatherings, I can see that some people take other roles but we all stand in solidarity wishing praying and working for equality, so no more Oscar Grants get killed.
Channel your anger and find your gifts in this struggle. Siaira Shawn's song is the comforting harmony to demand that we take other means to fight and vent our anger of this faulty system that kills black people. 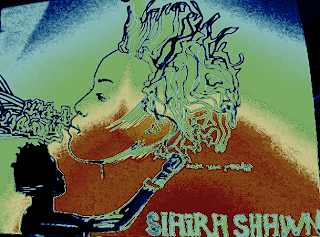